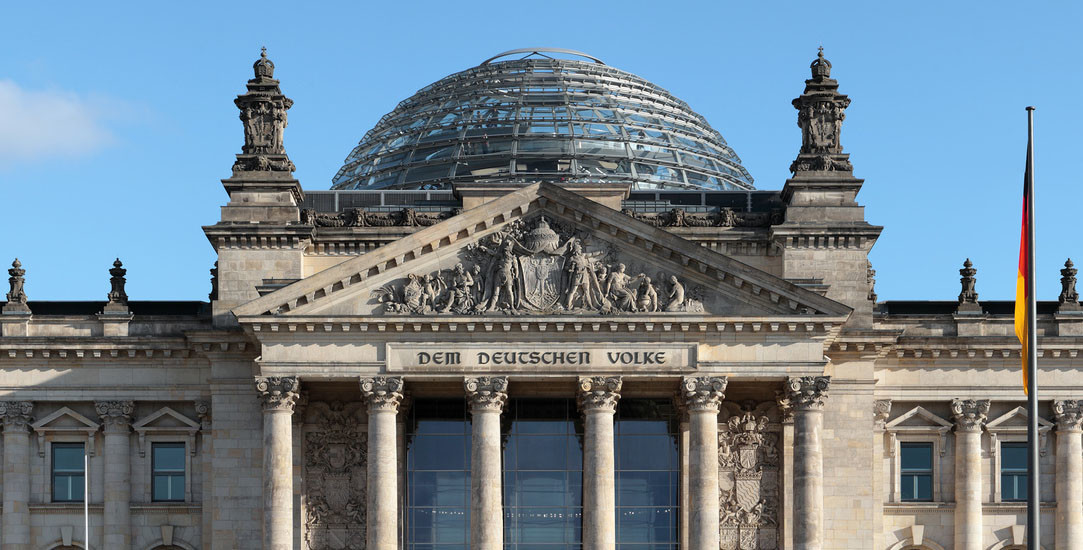 Art project in the northern lighthouse of the Reichstag building

On September 12, 2000, Wolfgang Thierse, then President of the Bundestag (German Parliament), inaugurated Hans Haacke’s participatory art project DER BEVÖLKERUNG (To the Population) in the northern open air courtyard of the Reichstag building (seat of Bundestag, German parliament) with soil collected from his election district in Berlin.
Today, 20 years later, as of summer 2020 some 400 members of parliament from nearly every political party have participated with contributions from their constituencies. Marking the 20th anniversary of this work, Neuer Berliner Kunstverein (n.b.k.) presents an exhibition on the controversial beginnings and the broad participatory development of DER BEVÖLKERUNG (To the Population) over the past 20 years. More info

In 1998 the artist was invited by the Bundestag to develop a concept for an artwork in the courtyard. In 1999, the Bundestag’s art committee, in charge of such commissions, voted for the realization of his proposal DER BEVÖLKERUNG (To the Population). Its acceptance of the proposal triggered a fierce discussion that eventually culminated in a debate in the Bundestag on April 5, 2000 and a majority vote for the project.

A 21 x 7 m trough, bounded by wooden beams, was installed in the courtyard. White neon letters beam the words DER BEVÖLKERUNG from its center to the sky. They can be seen from all levels of the building: the assembly hall, the floor reserved for the political parties and the press, as well as by visitors on the roof. The typeface of the letters is the one Peter Behrens designed in 1916 for the dedication DEM DEUTSCHEN VOLKE (To the German People) on the tympanum of the building’s Western portico.

Since 2000 all members of the Bundestag have been invited to bring 100 kg of soil from their election district to Berlin and deposit it around the dedication DER BEVÖLKERUNG. It is an untended habitat of growth that is not to be disturbed.

A Webcam provides a view, updated daily, of the courtyard. Together with the name and the date on which members of the Bundestag contributed soil from their election district to Der BEVÖLKERUNG it can be viewed here.